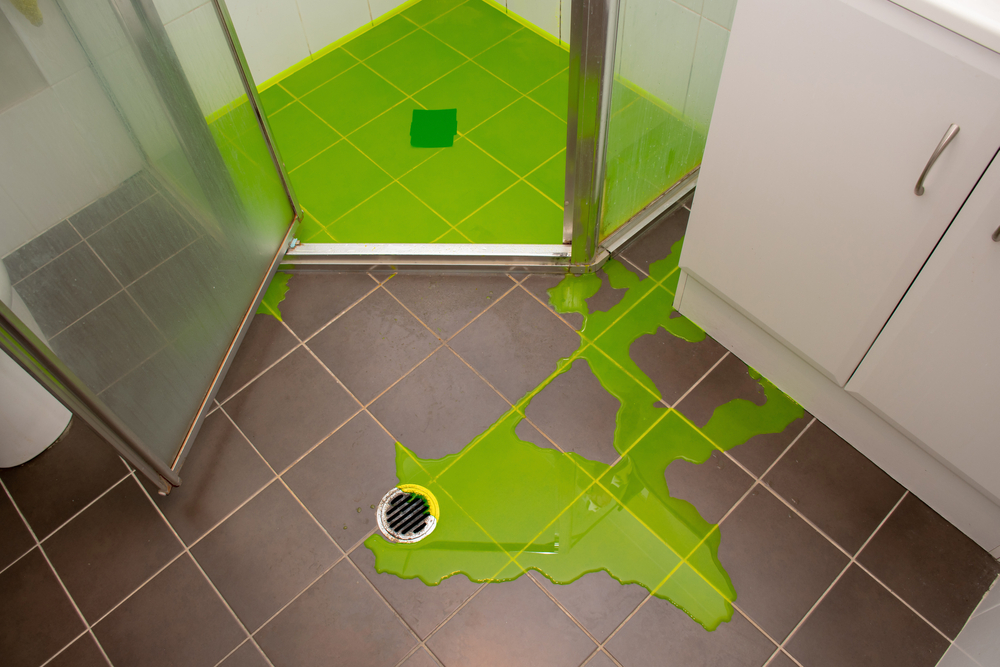 A leaking shower, or any leaking plumbing, means increased water bills, to say nothing of the wasted water. There can also be the incessant sound of dripping. While these things aren’t quite a disaster they can lead to very serious problems if the leaking water gets into the foundations.

There are various reason for a leaking shower. It is obviously necessary to identify the cause of the leak if we are to remedy the situation.

This is perhaps the most common cause of a leaking shower. And it also tends to be easiest to fix.

There will be a rubber O-ring inside the shower head. This seals the connection between the shower head and the pipe. If this O-ring has perished, or gone hard, or cracked, then the seal will be poor, and water will leak. We simply need to replace this ring with another of the right size.

It might seem odd that a blockage can cause a leak, but water will build up behind the blockage and then find an alternate way out. Hence the leak.

If there is still a leak in the shower, if the problem is not the head, then the leak may be internal.

Showers are sometimes resealed by re-tiling. But this is a major job and quite expensive. An effective alternative is to have the shower resealed. This is an invisible coating that covers the tile surface, and seals any cracks in the grout or between tiles. One advantage of this is that we do not need to locate the exact area that is leaking, because the resealing covers the entire shower surface.